This Adaptiv TPX jammer manages to hit a grand slam home run at its first at bat. 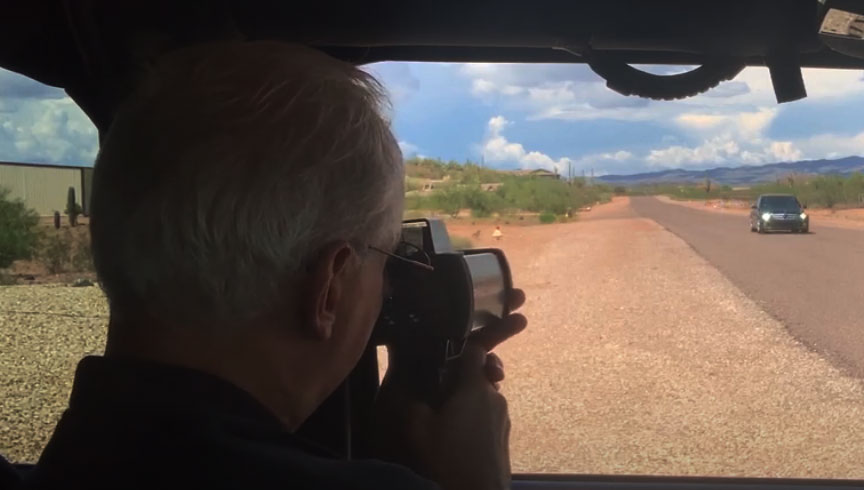 Adaptiv Technologies has been around a long time in the industry and while many of you may not know their name, Adaptiv is very well regarded in the motorcyclist community.  Their TPX brand of radar detectors are specifically designed for riders.

We were thrilled when Adaptiv entered the laser jammer market with a jammer specifically designed for motorcycles finally giving riders a great option that they didn’t have before.

And now we are ecstatic that Adaptiv has branched into the automotive space with a whole new model specifically designed for automobiles. 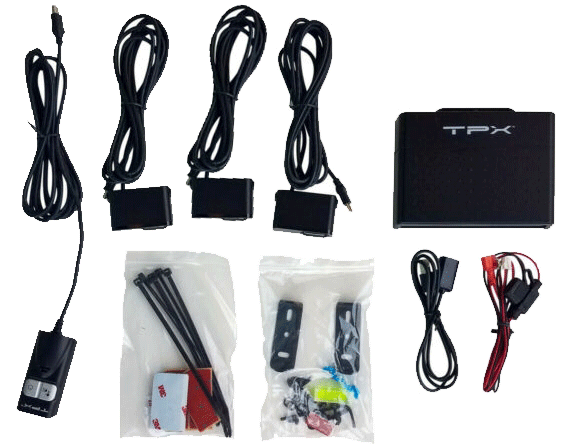 The TPX laser jammers with two standard heads and one special head (for jamming VPR police lasers), a cpu module that can be installed under the hood, a control module to be mounted inside the vehicle, brackets, screws, level, and cables.

One of the special features of the new TPX jammer is that each individual jamming head is capable of operating independently of each other and each is capable of jamming in the incoming laser pulses on their own.  This includes the center high-powered third head (designed for the DragonEye police lasers) which is a distinct advantage we found in its performance.

Unlike other laser jamming systems, the TPX laser jammer does not require you to purchase an optional add-on transponder to effectively defeat the variable pulse-rate police laser guns as it comes standard in the package.

This is a huge improvement over other designs.

The other really nice feature of the TPX laser jammer is that head placement is much more forgiving and flexible than other laser jammers, such as the TMG Alpha-17 laser jammer, which makes it far easier to mount this jammer more easily in a variety of vehicles relative to other jammers.

The system can accommodate up to five heads, three intended for the front, and two for the rear.  However, since each head operates independently, the additional heads could be installed in the front of vehicle if it were really large (like a truck or large SUV).

The control module is elegantly designed, small, simple to use, and is easily mounted inside your vehicle.  We used 3M double-lock clear tape to attach it the dash by the steering wheel for easy access.

The TPX’s central CPU is designed to support mounting under the hood of the vehicle which allows for only requiring one cable to pass through the firewall, again making installation a snap.

The connectors cable connections are wonderfully designed with superior USB type connectors which makes for easy connection and disconnection.

The TPX jammer defaults to a three-second jamming cut-off which we find too short.  We feel that five to sevens seconds of operation would be more useful.  Fortunately, the cut-off mode can easily be disabled (as we did for the testing).

We have suggested to Adaptiv to either increase the default laser jamming time to seven seconds (which should be plenty of time to react) or allow the user to do so.

While jam to gun performance is typical, we strongly discourage the practice unless you are testing your installation.

So, do the right thing and turn off the jamming when your speed is adjusted and do not attract any unnecessary attention to yourself, by letting the officer obtain a speed.

We received a pre-release of the upcoming TPX Laser Jammer for testing and we promptly installed it on our test vehicle a Mercedes Benz C300 sedan.

Installation was easy, however, the frontal design of our vehicle did not support the mounting of the jammer heads in the grill without the fabrication of special mounting brackets.  As such, we chose our next best option and mounted the jamming heads by the fog lights.

We then proceeded to test the TPX laser jammer against the very latest police lasers–the Kustom Signals PL4, LTI SXB, and two variable pulse jam-resistant police lasers, the DragonEye Compact and Stalker RLR.  These last two guns have been notoriously difficult to defeat consistently with any laser jammer.

Despite the fact that the TPX laser jammer was not mounted optimally, it performed extremely well and frankly much better than our expectations.

We have produced a very detailed video review for those interested in witnessing its performance.

Complete video test of the TPX Laser Jammer for Automobiles

We also provide this test in sections, one for each specific gun tested using the this link.

Below are the details of our test.

The three head TPX laser jammer was not optimally mounted due to the front configuration of our test vehicle. The passenger and driver side headlight transponders were not able to be mounted in the grill positioned very close to each headlight.

As a result we had to mount them lower and by the fog lights. Even with this disadvantaged mounting location, the TPX laser jammer, we found, performed well against these guns. To help mitigate the effects of the less than optimal mounting locations, after our test, we applied Veil G6 to both headlight and foglights.

The improvements speak for themselves and demonstrate that the TPX laser jammer was effective in defeating each police laser, including the variable pulse rate RLR and Compact.

To be clear, every jammer test has to be considered in its own right and comparing two different tests may not lead to conclusive outcomes.

The reasons for this are many including, the type and color of the test vehicle, location and time of day, weather, contour of the roadway (dips, etc.), position of the heads and whether they are aimed properly as well as targeting techniques.

In terms of laser jammer performance with any given test, incorporation Veil G6 into the mix clearly demonstrates that it can erase or mitigate either mounting or algorithmic deficiencies.

So here are our results:

To counter the less than optimal mounting, we then applied Veil G6 to both the headlights and foglights and retested the guns and targeting scenarios where we experienced a speed reading.  Those results follow:

Clearly Veil G6 was able to compensate for the less than optimal mounting positions and demonstrated that the TPX’s jammer algorithms were actually capable of effectively jamming all of the police lasers.

We fully expect if the heads were remounted in better locations, the TPX laser jammer’s outcomes would have improved with both of the variable pulse-rate guns.

We expect to retest again with improved mounting to see what improvements may be had.

As a parking sensor, the unit will being alerting to an obstruction at about 12 inches ahead of the sensors.  My preference would be an initial alert at about three feet with increasing urgency as you get closer to it, but it does the job at allowing this jammer to be legitimately classified as a parking sensor.

These test results clearly demonstrate the updated Adaptiv TPX is a great performing laser jammer and one that’s priced extremely competitively.  The TPX jammer turned in the best laser jamming performance we’ve tested  with a system straight out of the box. As such, the TPX is ranked at our #1 best laser jammer in our revised laser jammer review and rankings list.

It’s capabilities, ease of use, simplicity of installation, and its price points make the new TPX laser jammer a killer system, in our opinion, and this jammer is what we now rely upon as our daily driver.

Congratulations goes out to Adaptiv Technologies for making the best laser jammer we have ever tested.

The new TPX laser jammer can be ordered at RadarBusters.