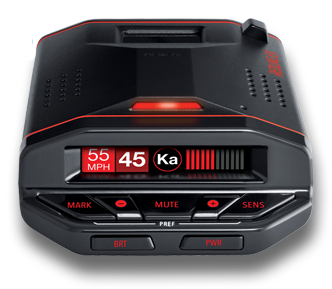 These M3-based detectors reigned supreme as the most capable (most sensitive) radar detectors ever built while possessing the added benefit of being undetectable by SPECTRE radar detector detectors used in areas where radar detectors are banned.  But like everything, nothing stands still, and new radar and laser based technology have appeared on the roadways that have been wreaking havoc with all radar detector owners, comprised primarily of K-band collision avoidance systems that are being incorporated into many all new vehicles.  These obnoxious systems designed to “aid” (but in reality, encourage) inattentive driving utilize the same frequency as many police radars.

The major annoyance of falsing is no longer stationery radar-based door openers, it is to these moving sources of RF polluters.  Expect it to only get worse when more fully automated “driverless” vehicles begin to proliferate.  Over time, the extreme sensitivity of the original Escort Redline (and all other M3-based) radar detectors has become a liability.  Without the advanced signal processing that is required to filter out these automotive systems and the lack of the ability of the Escort Redline of being software updateable as the vast majority of current radar detectors, I have largely considered the M3 detectors less relevant today, although they continue to have a cadre of loyal followers.

For years, I have been maintaining the sheer sensitivity is no longer the overriding factor determining my rankings of a radar detector.  Other radar detectors (even those with less ultimate sensitivity) are better choices today.  And I haven’t been alone in noticing this fact.  After years of asking for a more sophisticated signal processing “back-end” mated with the sensitivity of the M3’s “front-end” antenna and after years of push-back from Escort, the days are soon coming when Escort fans’ wishes will be answered.

We’ve already got a glimpse of what some of this new filtering technology looks like in the forms of the newly announced Escort Max Ci and Escort Max Ci 360 remote custom installed radar detectors, both of which are being billed as “game changers” along with the recently released Escort iX.  It was originally understood that the new Redline EX was going to based upon the new “M7 platform,” but I believe a change may have been made mid-stream in its development to instead implement a modified M3 design.

This updated front-end will now come with the advanced digital signal processing (DSP) of the new radar detectors from Escort, including the Escort iX.  In fact, I think it’s best to describe this detector as a hybrid of the original Redline and the iX.

Escort at one point suggested to me that the new EX would be more sensitive than the Redline that preceded it, but more recently they’re suggesting sensitivity will be the same.  Based upon my driving experiences with the Escort iX with its improved DSP over its predecessor the Escort Passport 9500ix, I would expect a similar improvement in sensitivity of approximately 2-3dB, which could equate to a potential increase of detection range of 30%.  Such an increase would otherwise be a liability today if it didn’t come with more advanced signal rejection/filtering technology.  We will soon know which narrative is the more correct one.

Beyond improvements in radar detection, the Redline EX should also be able to detect more current police lasers than previous models.  Other notable improvements include the GPS and Bluetooth capability of the Escort iX, which brings with it, Escort’s class-leading Defender database of known red-light and photo enforcement locations as well as integration with Escort Live!. 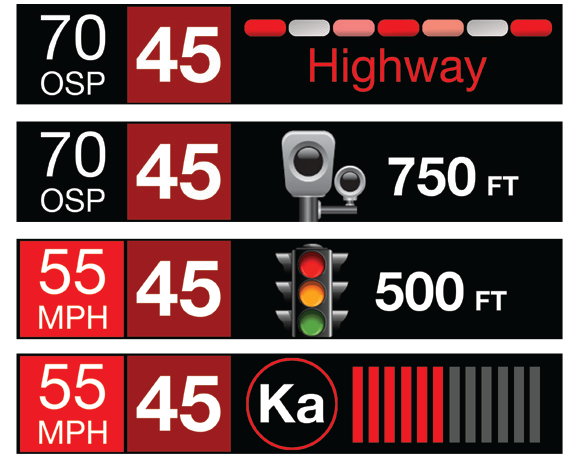 For those familiar with the Escort iX, you’ll notice other carry overs from that radar detector including:

Savvy observers may have also taken notice of some improvements in the ergonomics of the original Redline including:

Improvement and new features will include K-band “segmenting,” something that has been available on international models, but not in North America.

The Radenso XP/SP as well as the new Uniden R1/Uniden R3 have been providing similar functionality with a K-narrow setting.  It’s expected that by narrowing the K-band sweep, that false alerts from K-band collision avoidance systems will be further reduced.  There are currently four segments that can be selectively enabled.  I would have preferred five with more granular sweep ranges.  A good range that I would have like to have seen segmented is 24.187-24.225 or something close to this as it is not uncommon to encounter GMs systems in this range of K-band and I have yet to encounter genuine K-band police radar within this frequency range.

The Redline EX will be Escort’s first North American model radar detector to support detections of Strelka, Gatso and Multaradar. These advanced radar speed measurement devices have been in use abroad for some time, but are only just beginning to make their way over to this side of the pond.  Conventional radar detectors may not be able to detect these systems well enough, so to see the EX with this capability is a very nice thing, indeed.

Ergonomically, I believe it would have been more useful to locate the MARK and MUTE buttons on the front (since they will be used more often) and the PWR and BRT buttons on the top (since they’ll likely be used less frequently).  One could conceivably combine the MARK/MUTE function into one button and then placing the SENS on the front as well.  For those who do not hardware this unit, this last point is really a non-issue because the single push button on the Escort Smartcord is always within easy reach and accomplishes both muting and marking.

With respect to pricing, it’s reasonable to assume that the price point for the EX is going to be $50 than the existing Redline, which would put it at $599.95.  That pricing model would be consistent with other detectors that have been offered with GPS/BT versus without and would slot the detector in the same neighborhood of the Escort Max 360.  (Note: as of the revision date to this article, this price has been confirmed)

As I learn more, I will revise this article and you should expect a full in-depth review.

In the meantime, RadarBusters is accepting pre-orders on this new radar detector for those interested in being one of the very first to own one.