It’s hard to believe that’s it’s been eight years since the Passport 9500ix first announced, but looking back at one of my earlier posts, it is indeed nearly eight years to the day.  Man, does time fly!

Yes, I am a little grayer and a lot slower on my feet than I was back then, but at least I can still drive fast when I want to.

Speaking of older age, Escort’s outgoing Passport 9500ix has been getting long in the tooth and stood out as being a throw-back to the days when the challenges facing us drivers were much simpler, not just with police radar and laser, but more importantly, the state of the RF landscape on the roadways.

To be entirely candid, despite the overwhelming popularity of the 9500ix over the years, I wasn’t really a fan.  In my view the Passport 9500ix–while possessing very good radar sensitivity–came with some inherent shortcomings.

In terms of performance, the Passport 9500ix wasn’t particularly quick a reacting to police radar and therefore not the most adept at providing reliable alerts to instant-on I/O police radar.

I also found that X-band sensitivity took a step backwards relative to its predecessor the Passport 8500 X50.  Sensitivity to police laser, was also reduced relative to the 8500 X50, a lesson learned when I got lasered at night in Los Angeles by the CHP and the 9500ix remained silent.

Beyond these performance deficits, the 9500ix had a non-linear choppy signal-ramp, making it very hard to accurately gauge the severity of an approaching threat.

It was these things that caused me to leave the 9500ix behind on most of my trips. 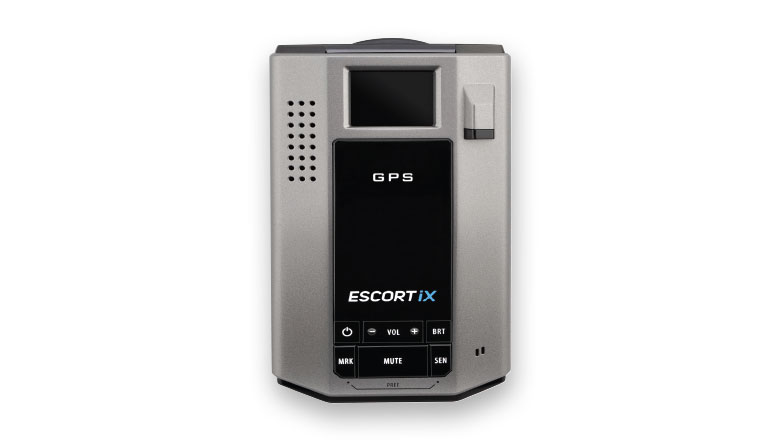 
Fortunately, more compelling radar detectors did follow including the sublime Escort Redline; the short-lived and one of my favorite radar detectors, the Smart Radar; a nicely updated Escort Passport 8500 X50 black, and their more advanced digital detectors such as the range topping directional Max 360.

But during all this time, the 9500ix soldiered on in virtually unchanged form.  Hopefully, the new Escort iX will join this distinguished list.

While Escort’s (now discontinued) Passport and Passport X70 were clear replacements to the Passport 8500 X50, the Max and Max2 while initially presented at being the natural successors to the older 9500ix, really weren’t.  What they really represented was a new platform of  “all-digital” radar detectors.

Taking into consideration the introduction of the new Escort iX coupled with the phasing out of the Max radar detectors, I’m led to believe that their digital M5/M6 platform is going to be reserved for a very limited number of their high-end radar detectors, like the Max 360.

This leaves the door open for a truer successor to the 9500ix and the iX appears to be it.

The iX promises to improve on key performance aspects of the outgoing Passport 9500ix:

I will be looking forward to presenting an in-depth review once I accumulate some appreciable seat-time with it.  If it is as good as it looks on paper, the iX should prove to be more than a worthy successor to the 9500ix.

For those interested in being among the first to own one, Escort is now accepting orders.  The detector is expected to be generally available by mid August of 2016..